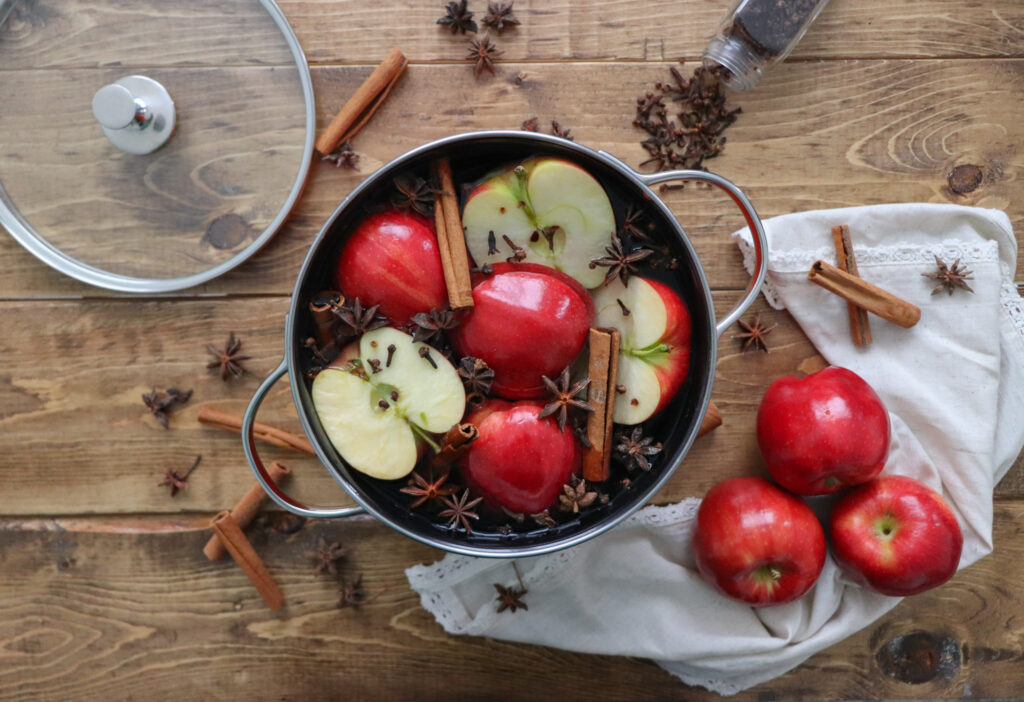 Make your home smell like fall in a few simple steps!

I love fall candles just as much, if not more than the next basic girl, but there’s just something so satisfying about making your own natural fall scents to fill your home. I’ve made these stove top potpourris for every season, but the smells of fall will always take the cake. 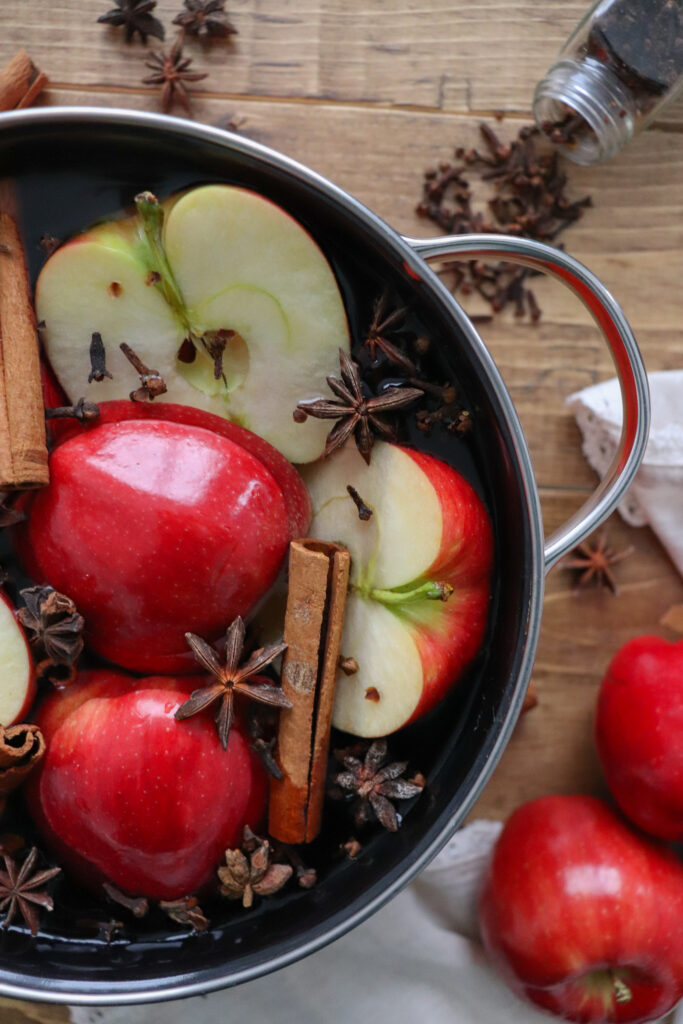 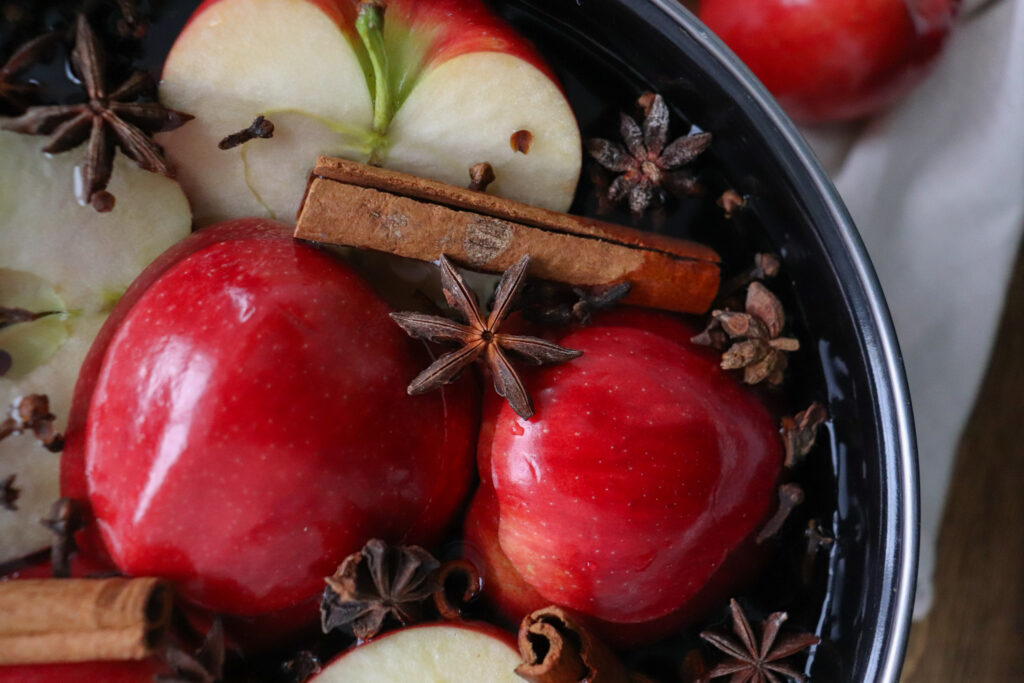 This Apple Cinnamon Stovetop Potpourri will get you in the mood for fall and keep your home smelling warm and cozy for days. I can’t think of anything better on a crisp fall weekend with football on the tv and the smell of sweet apples and warn cinnamon simmering in the kitchen. It’s almost as if you pulled a fresh apple pie right out of the oven! 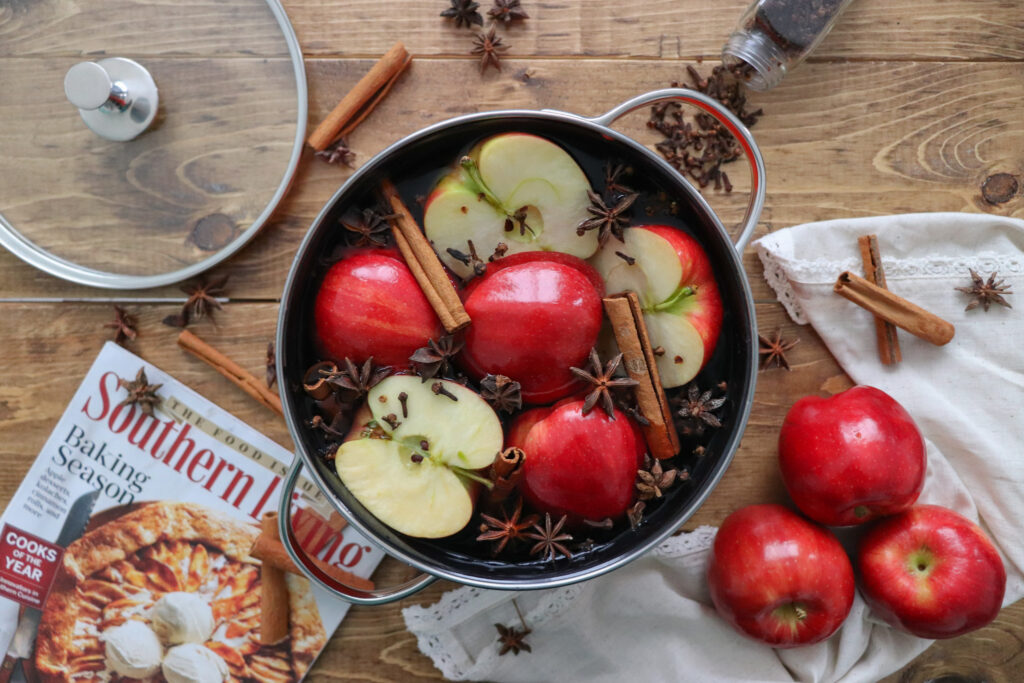 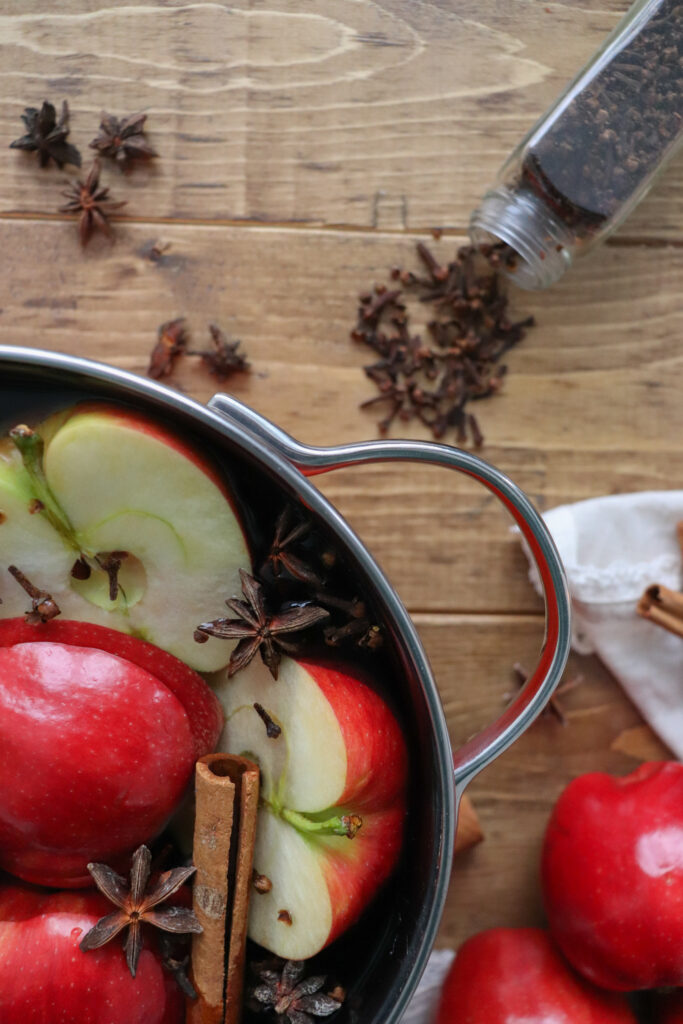 Other spices and scents I used to compliment the apples and cinnamon to give this potpourri more of a fall aroma include: whole cloves, star anise and cardamom and vanilla extract.

In just minutes, your house will smell like a cozy autumn afternoon!