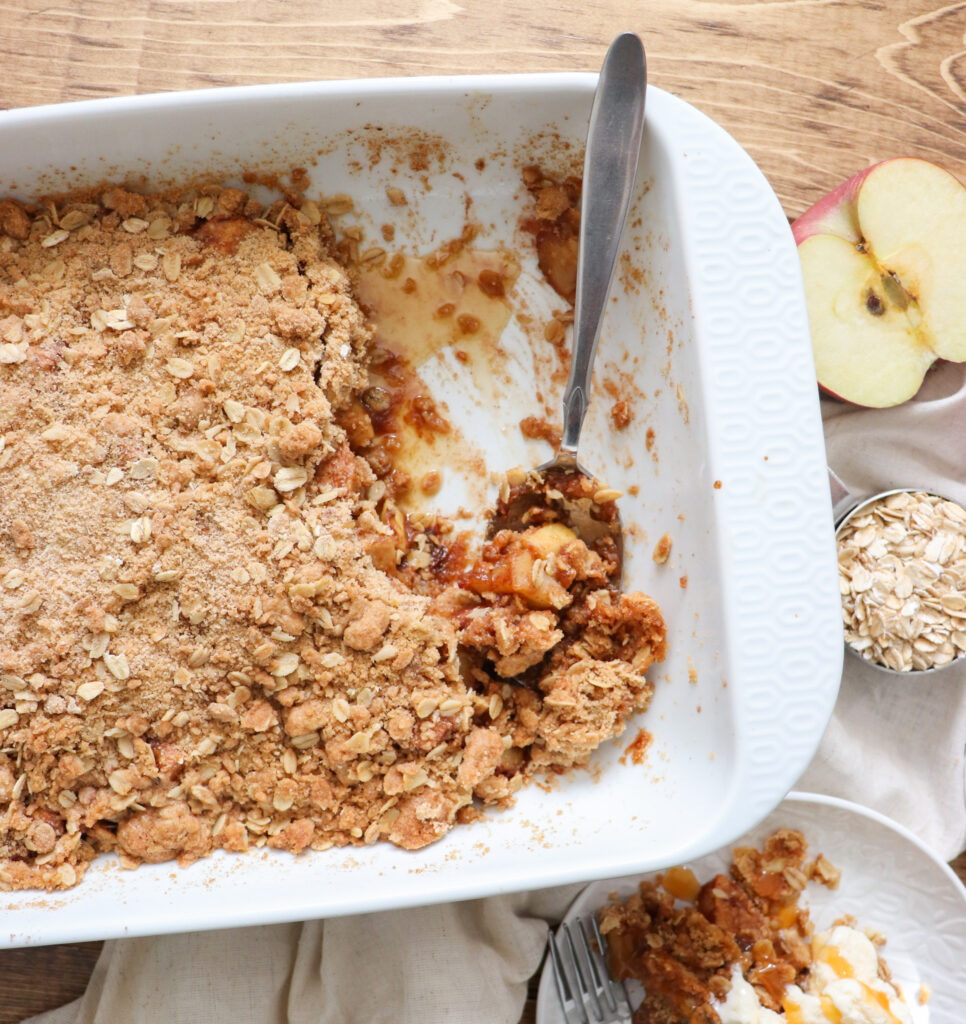 Apple Crisp might just be my favorite Fall dessert. I’ll take apple over pumpkin most days and I can never have enough cinnamon. It’s a true fall dessert! This cozy, classic is even tastier with a scoop of vanilla ice cream and topped with caramel sauce. 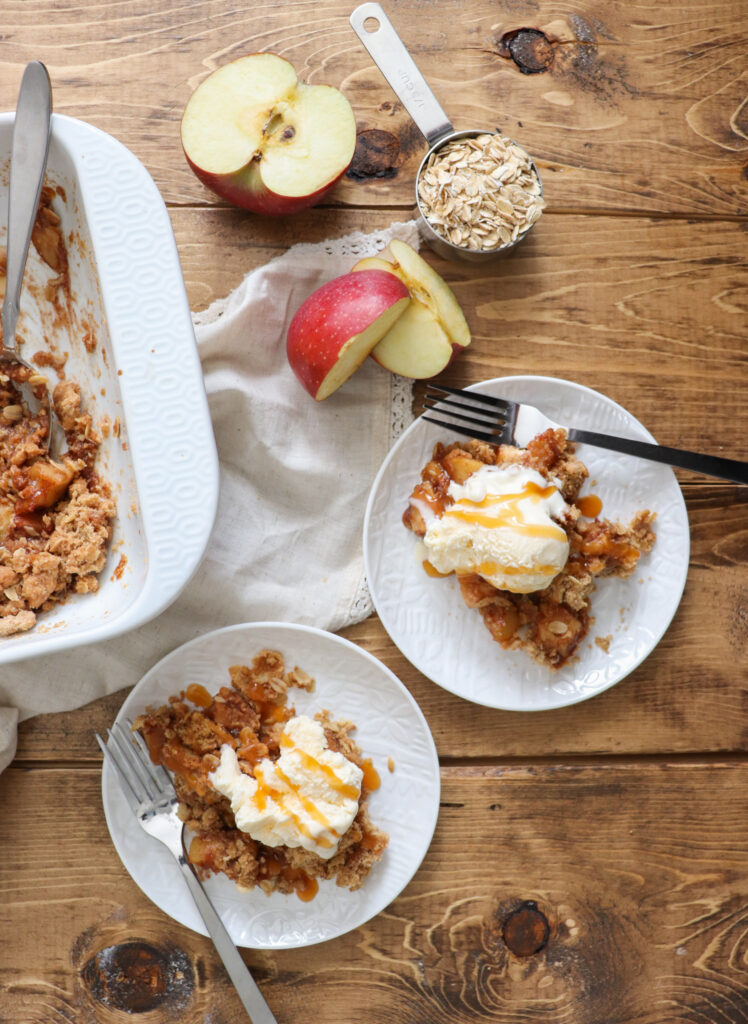 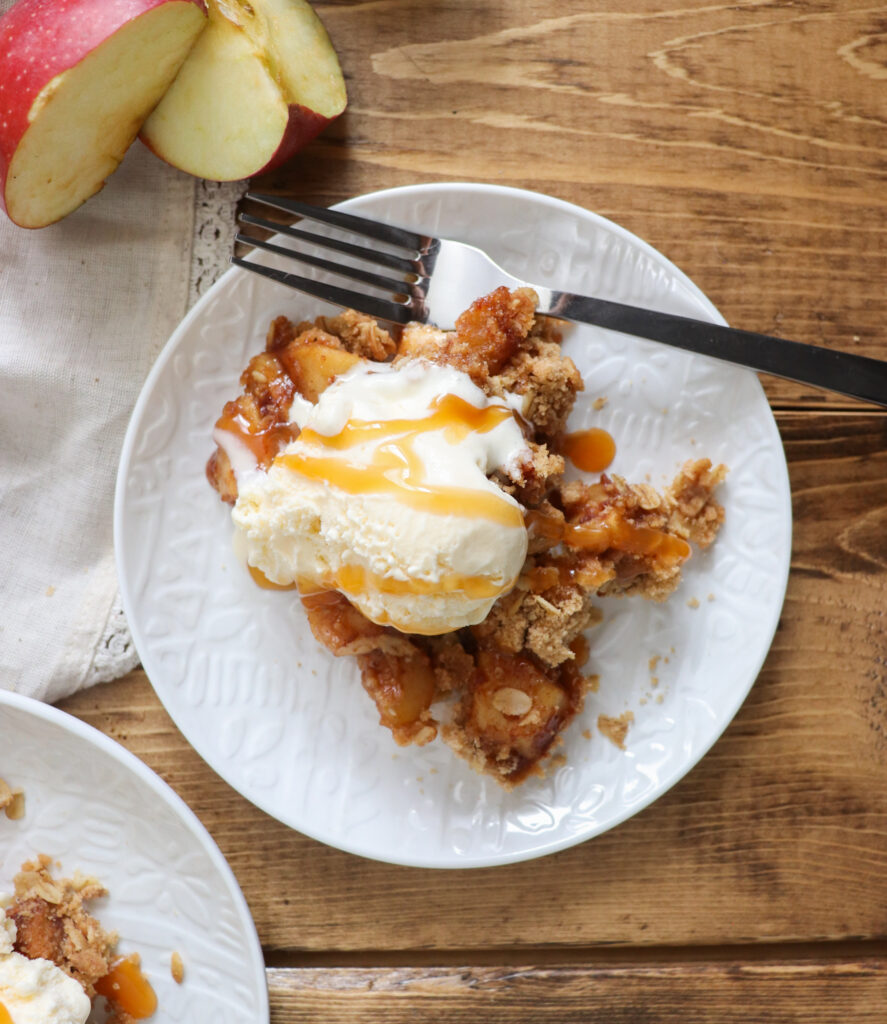 One of my favorite parts of this recipe is the different textures you get with every bite, especially the crunch from the oat topping.

I hope you all enjoy it as much as I do! 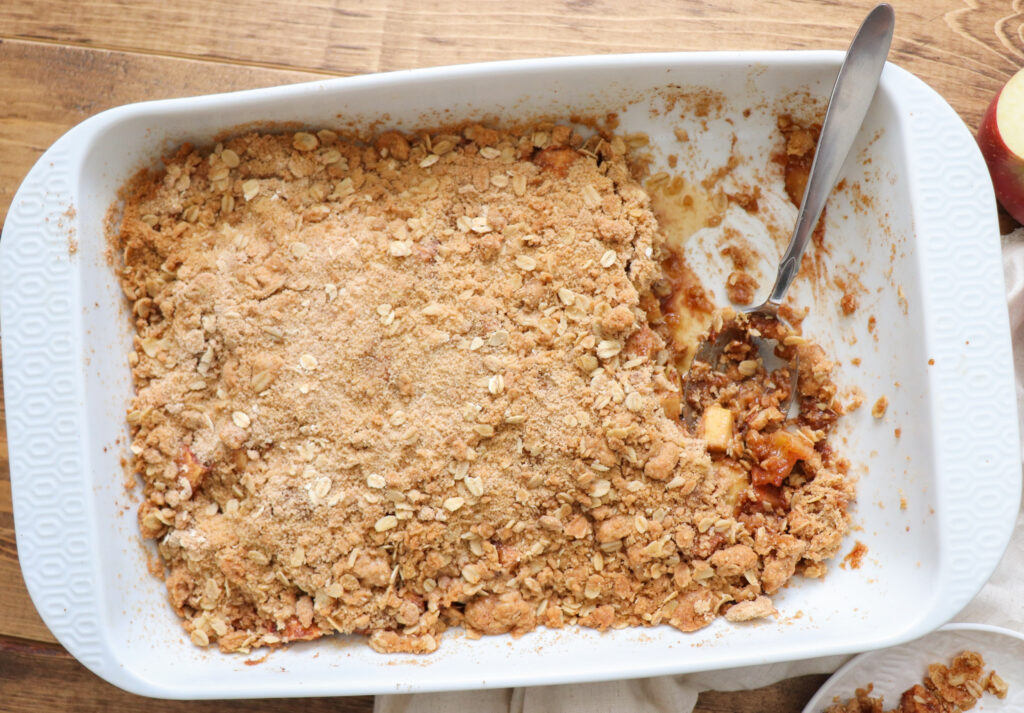 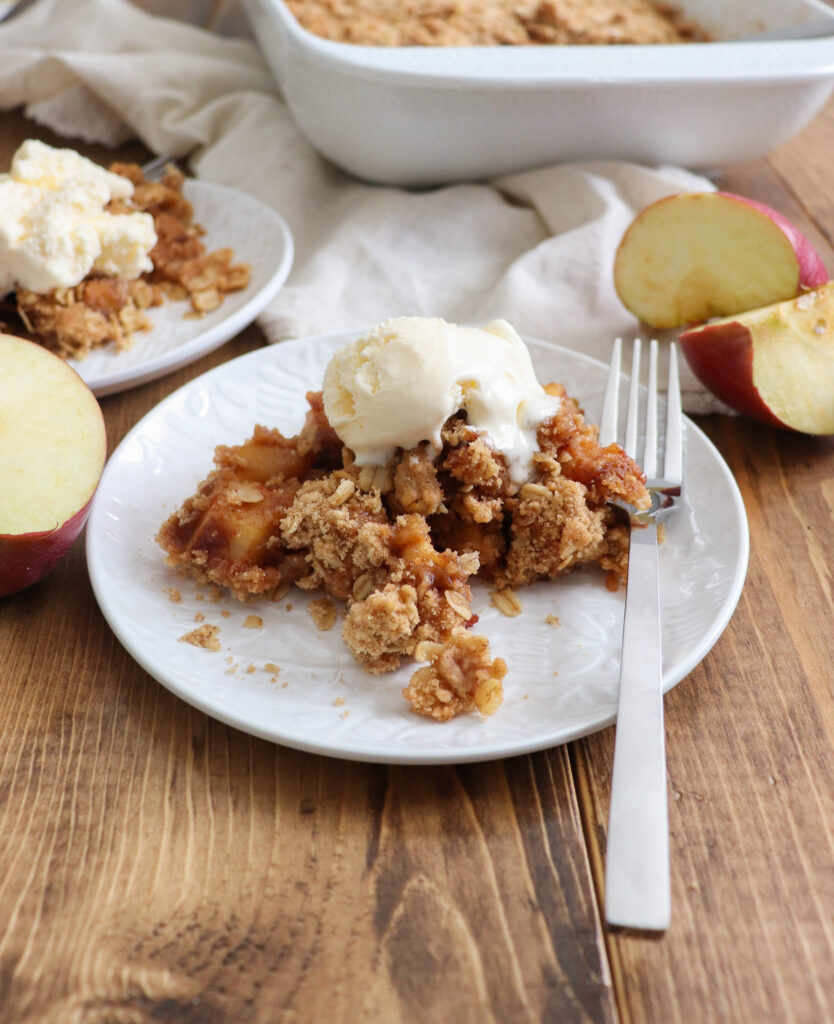 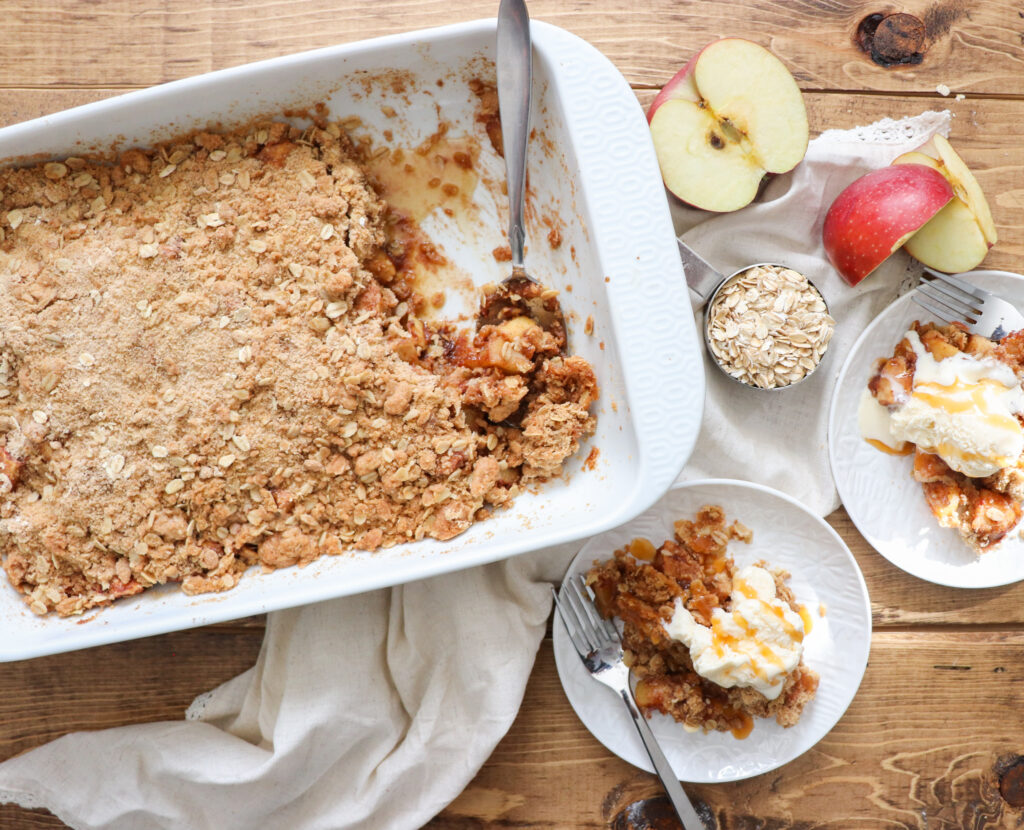