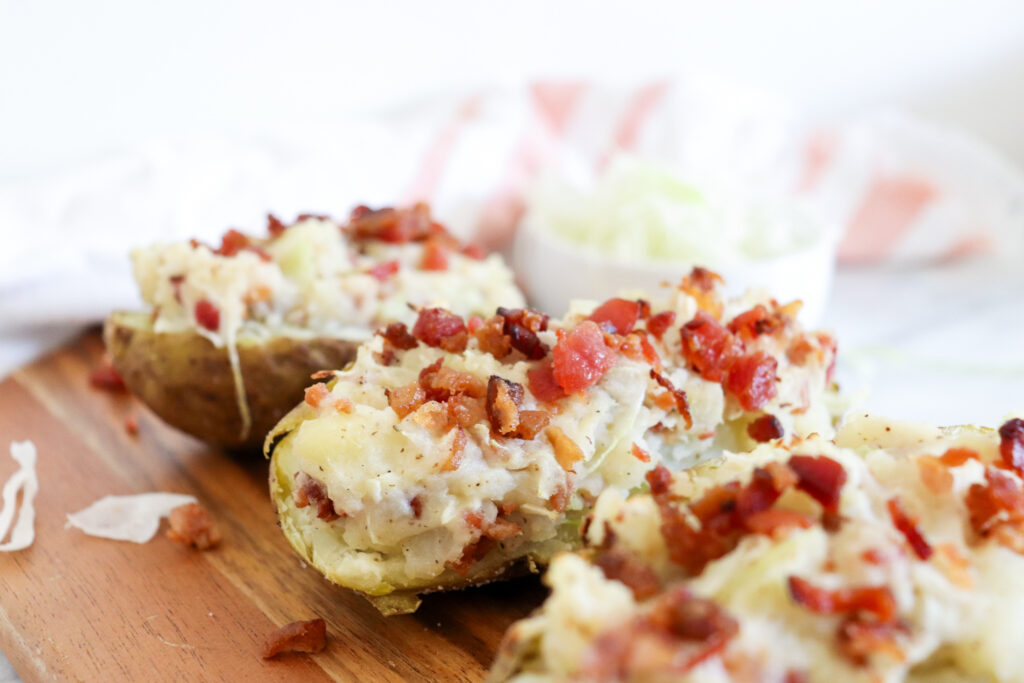 Irish culture is so rich in food history and full of delicious dishes, especially surrounding celebrations. Almost every St. Patrick’s Day, Jared and I make a traditional Irish meal to celebrate! Occasionally we make Beed Stew over homemade mashed potatoes, but we ALWAYS make Colcannon. 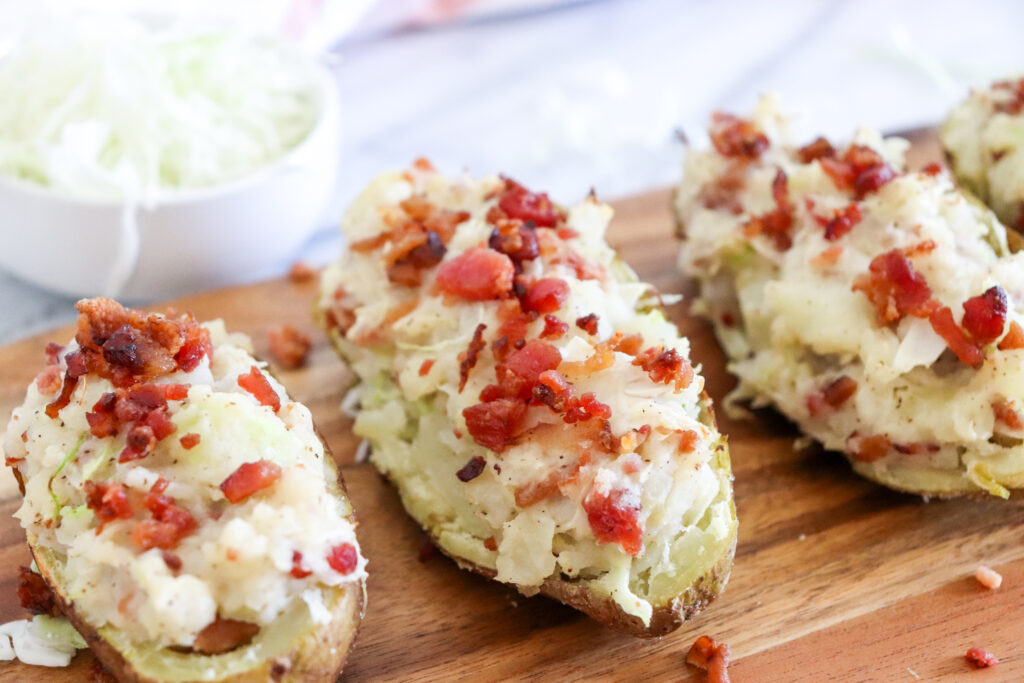 Colcannon is mashed potatoes with cabbage or kale. I personally prefer it with cabbage as that is how my dad has always made it. This year, I wanted to continue the tradition of making Colcannon, but with a twist. That’s how this Colcannon Twice Baked Potatoes recipe came to life! 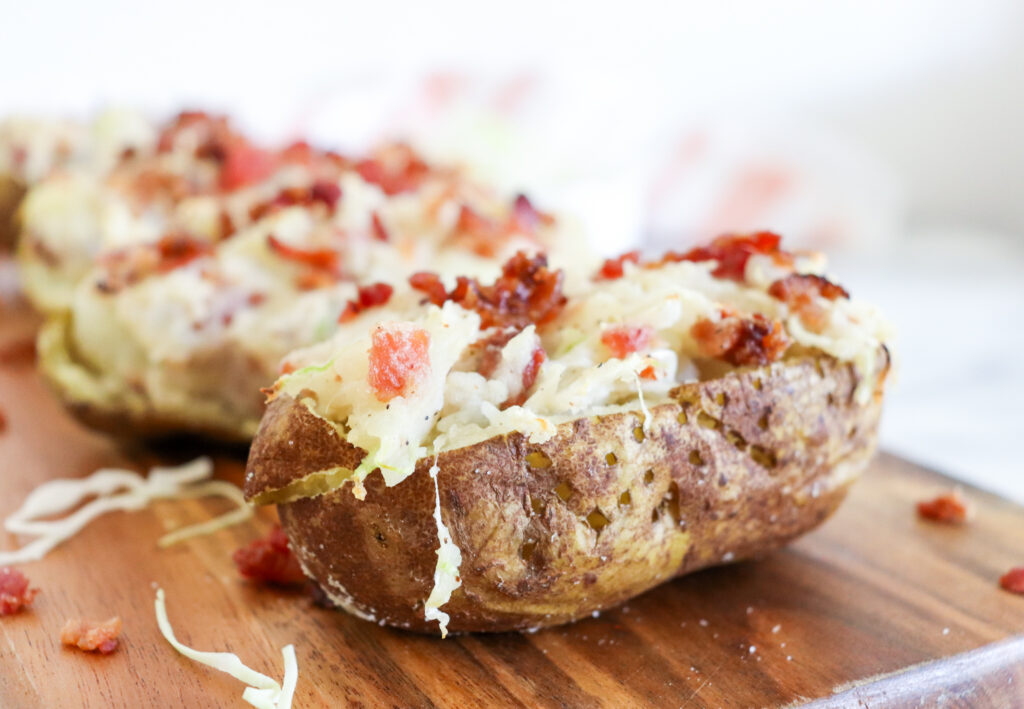 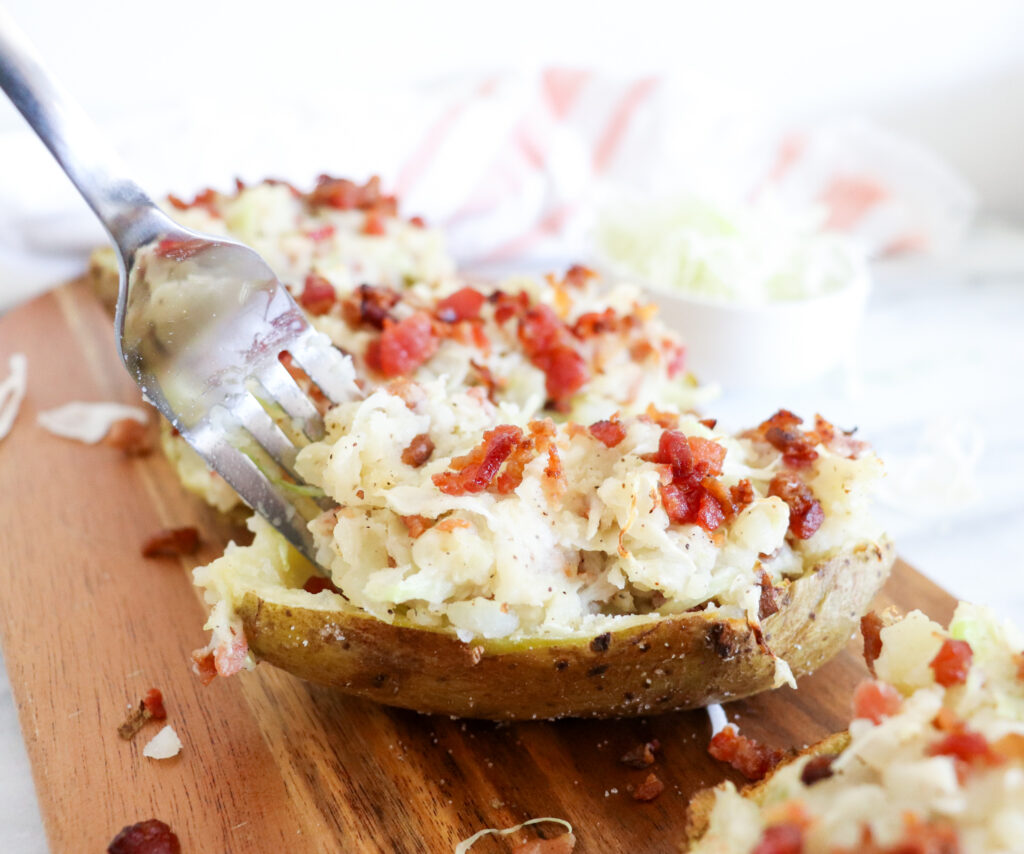 I typically make Colcannon in bulk, but this year I didn’t want to make large quantities. I took the concept of Twice Baked Potatoes and incorporated my Colcannon recipe (and added bacon)! 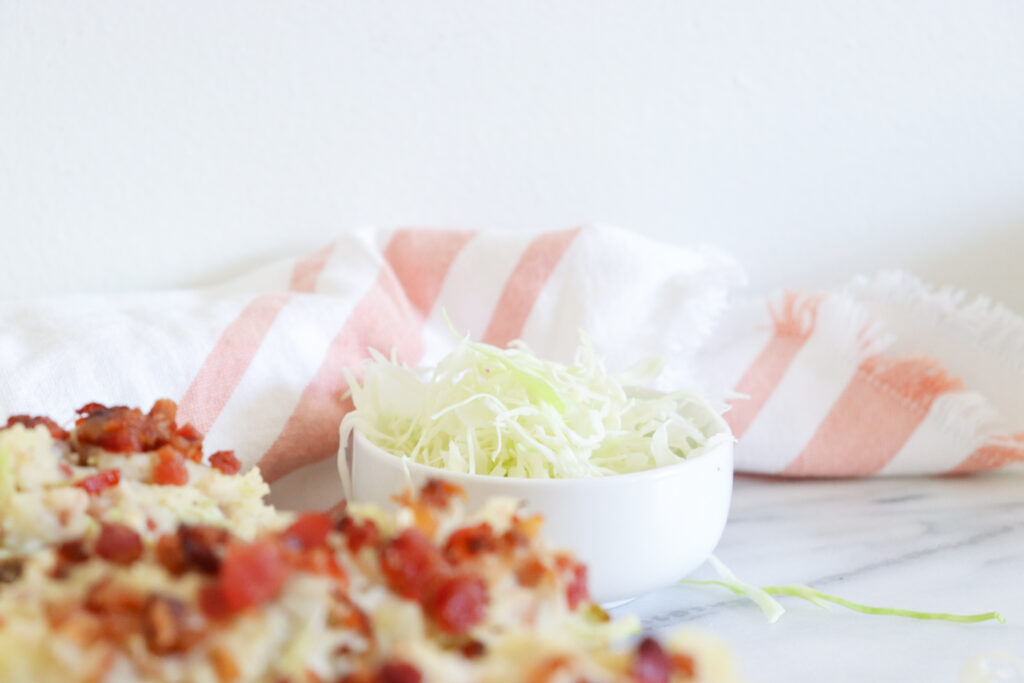 Whether you are looking for a fun Irish recipe to celebrate St. Patrick’s Day festivities or looking for an easy and tasty side dish for dinners, these Colcannon Twice Baked Potatoes will be a hit! You can even customize it with your own toppings. 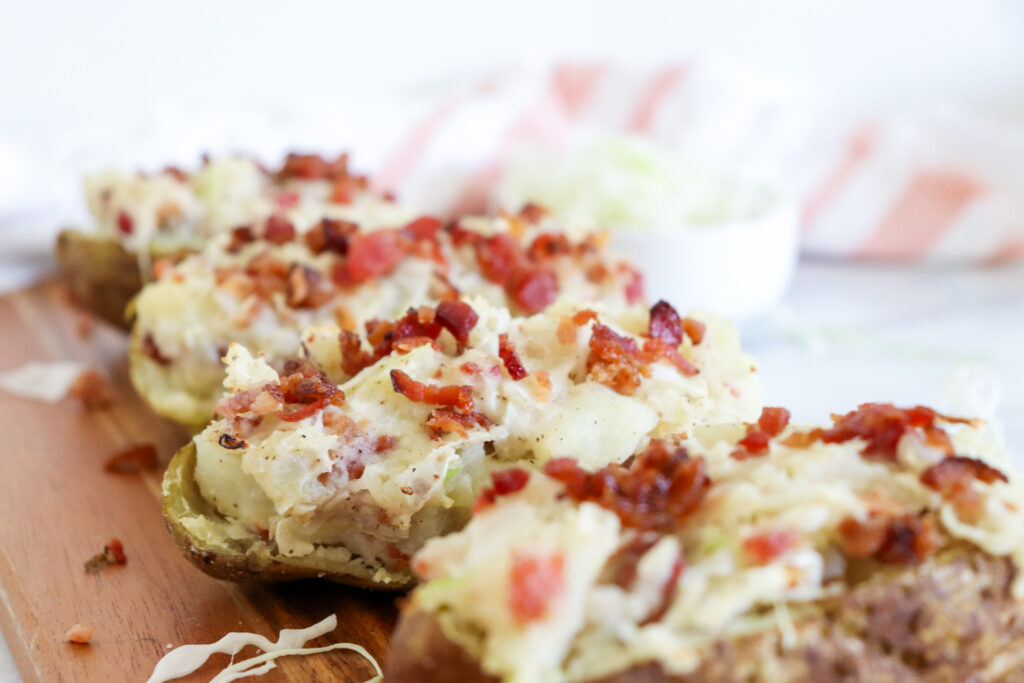