When a cupcake has maple buttercream frosting topped with bacon and a waffle, it officially becomes a Brunchcake! I mean what goes better with a waffle than maple and butter?! 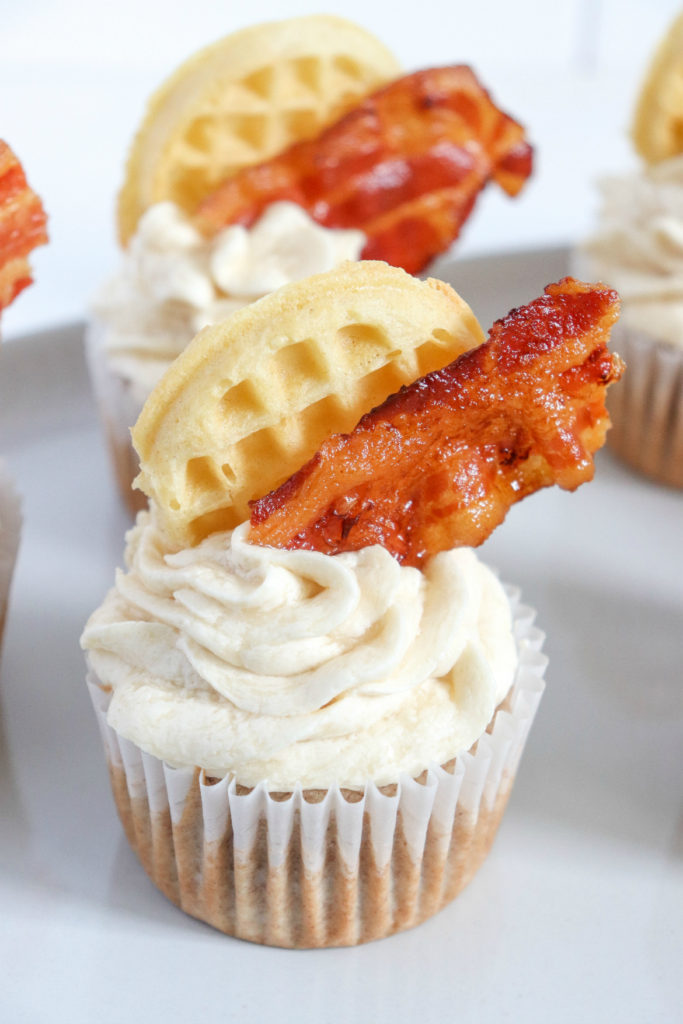 I initially created this recipe for National Waffle Day, but it is quickly becoming one of my favorite brunch recipes! And this maple buttercream will go perfect with so many Fall baking projects! 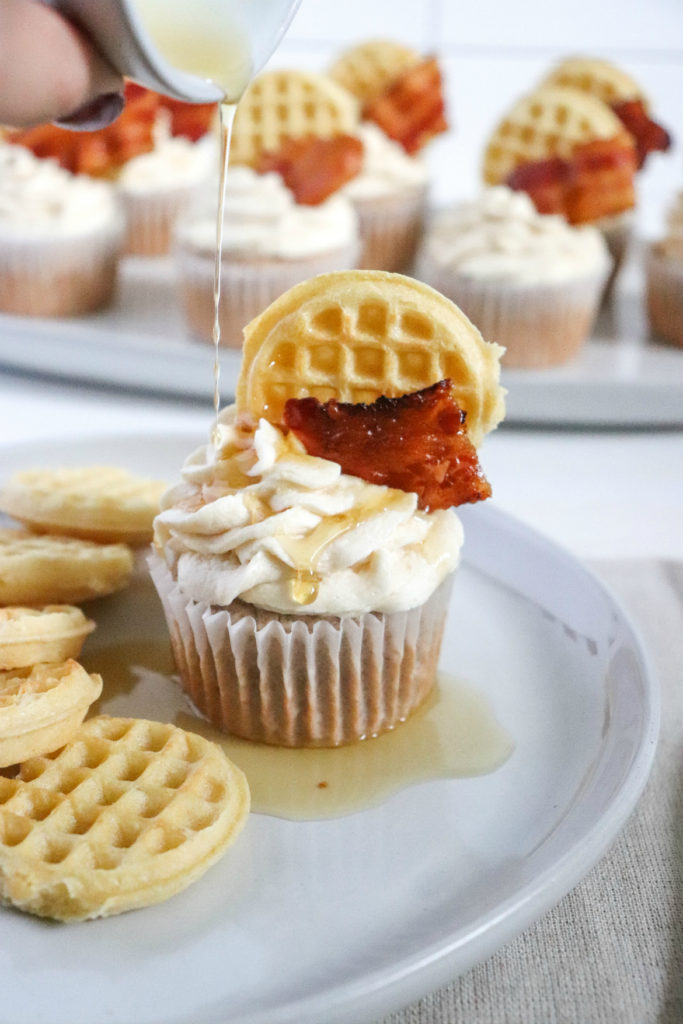 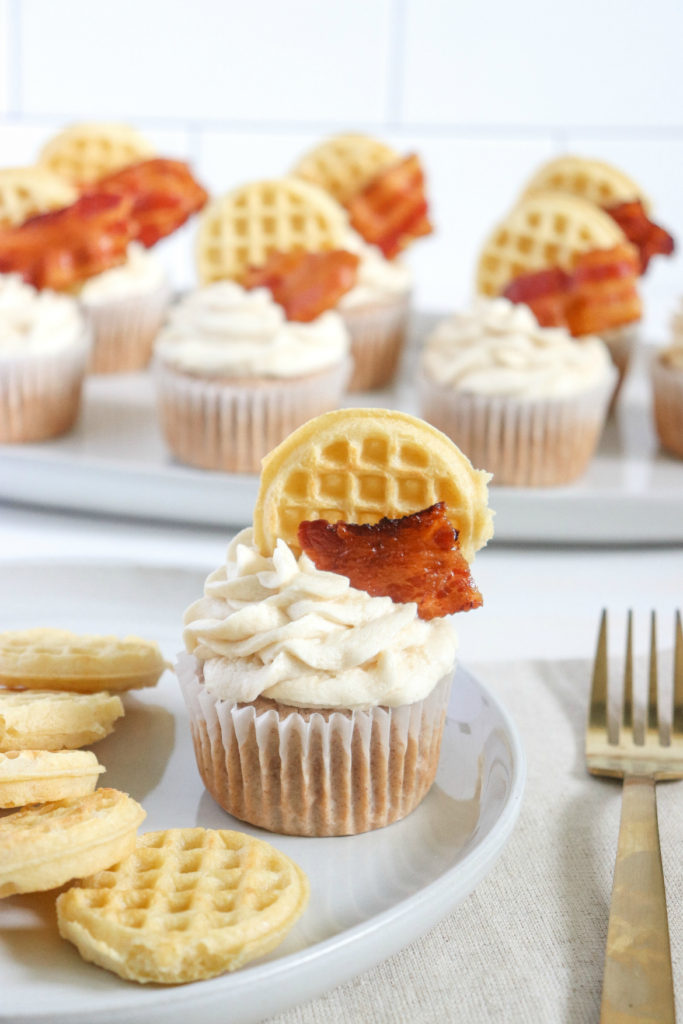