If you follow me on Instagram, you may have seen that I recently visited Panama City Beach, Florida with my family. First I want to give a shout out to my gal pal, Julie for hooking us up with an awesome place to stay! Second, I wanted to recap a few really, neat places that we went to. If you are planning a visit to PCB soon, I highly recommend adding these places to your itinerary! 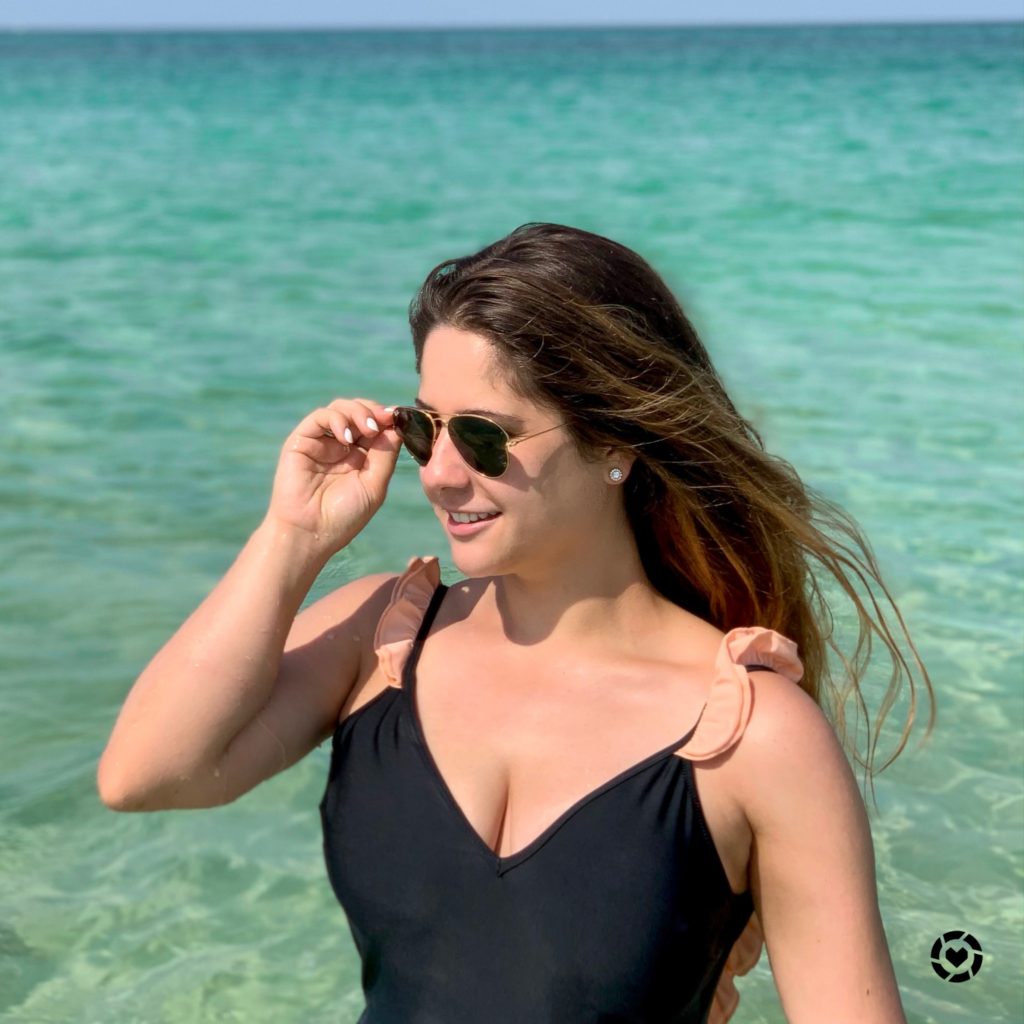 Let me start with the burgers, since it’s in the name..

Gulf Coast Burger Company has a vast burger menu. They have a cool Signature Burgers section on their menu with burgers that gave a nod to each of the southern states that are on the Gulf Coast (Florida, Alabama, Mississippi, Louisiana & Texas). The ingredients represented each state. The first time we ate there, Jared ordered from this part of the menu and had the Alabama Burger. It had pimento cheese, slaw, fried green tomatoes, Alabama white sauce and was topped with chicken wing. I had a bite of his burger and it was AMAZING! My sister and I got the Mac Attack, which was a Mac N Cheese topped burger with bacon and cheddar – insert the drooling face emoji! It was so good that I got it two days in a row. Don’t worry – I detoxed for a week when we got home, haha! 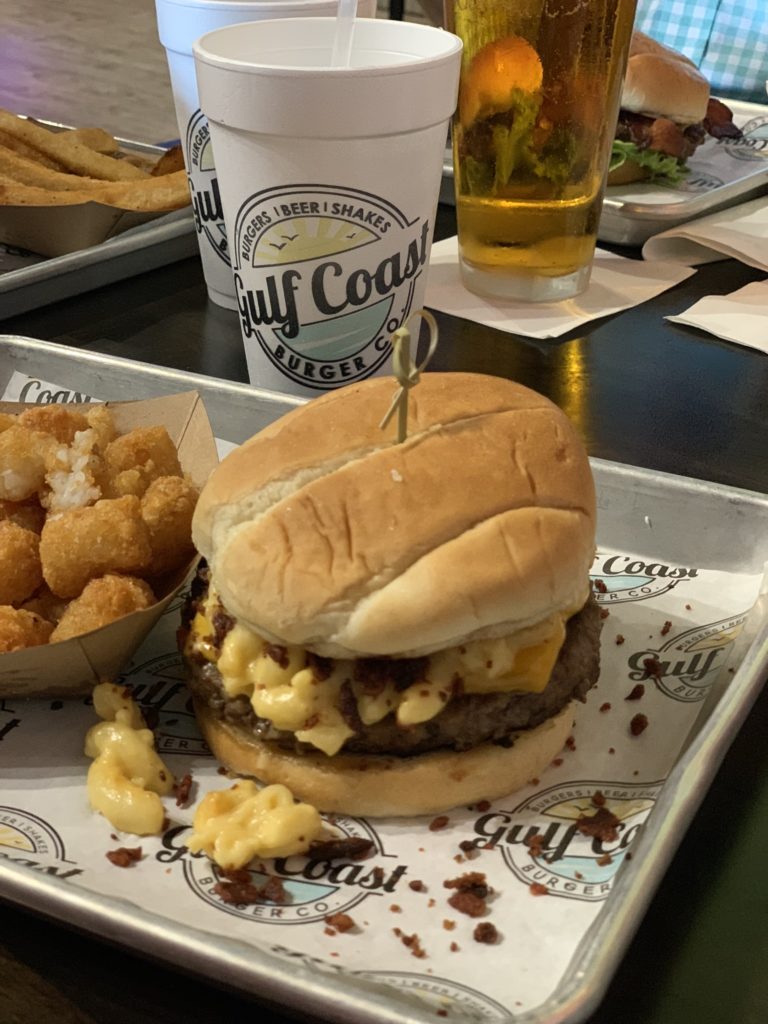 I 10/10 recommend the Mac Attack, and we also had some of the best fried pickles that we have had in a long time!

Let’s get to the main attraction at Gulf Coast Burger Co. – the Cat 5 Shakes! I’m not going to say much, because the photo says it all. They had 5 different flavors of these “next level” milkshakes + they serve a variety of spiked shakes – yum!

Pictured is the Chocolate Supreme Cat 5 Shake. It’s a chocolate shake topped with mini M&M’s, Kit Kats, brownies, chocolate syrup and whipped cream. Whether you are a major foodie, have a lingering sweet tooth or want a picture for the ‘gram.. you should get a Cat 5 shake from this place. It’s quite the spectacle and tastes delicious. Oh, and you can keep the giant mason jar! 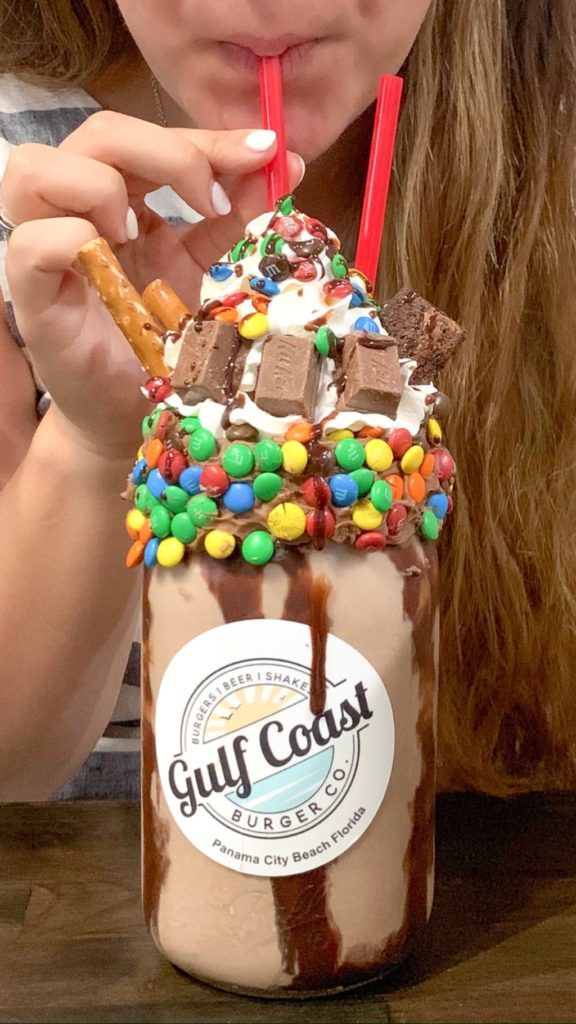 This was something that my sister planned one morning so that we could take Carson (my nephew) to see all the animals. It turned out to be the talk of the trip! It was kind of cool having a zoo that close to the beach, but the experiences we had with the animals were even cooler.

This zoo had way more animals than we expected, but what I want to highlight was our experience feeding the giraffes and feeding the birds in the aviary. It was so much fun to have an interactive experience with the animals!

Carson loves giraffes (raffes), so feeding them lettuce was a must-do. Just about all of us had a Lady and the Tramp moment with Toni (the male giraffe). It was an unforgettable memory to be that up close and personal with such beautiful and gentle creatures. 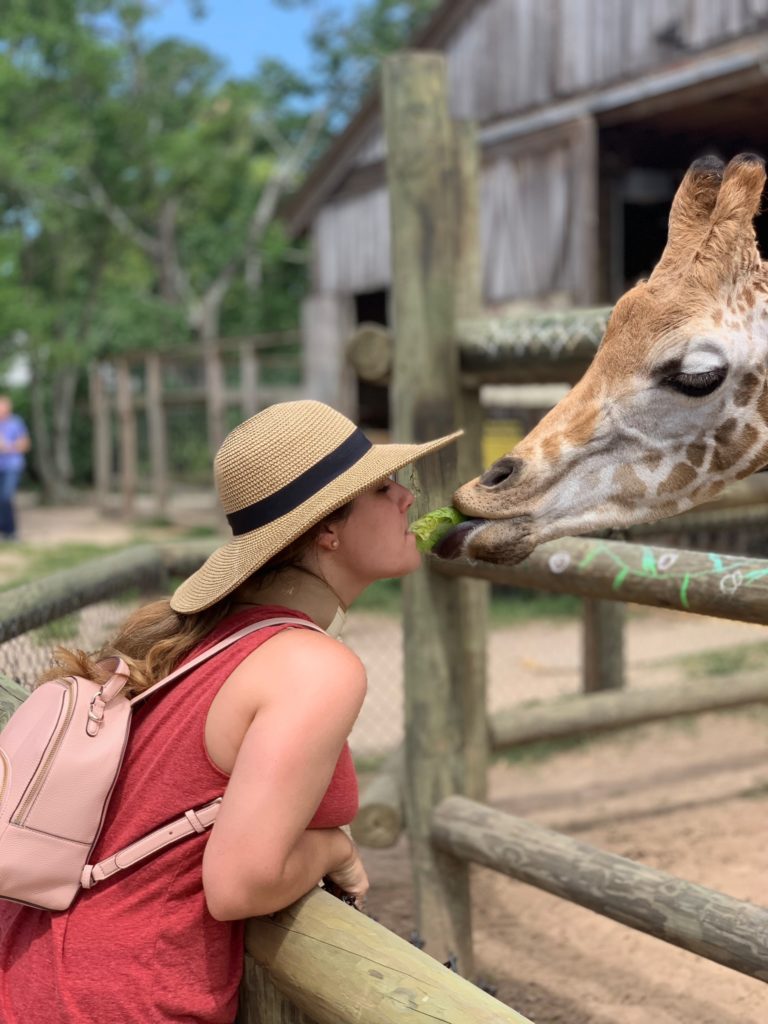 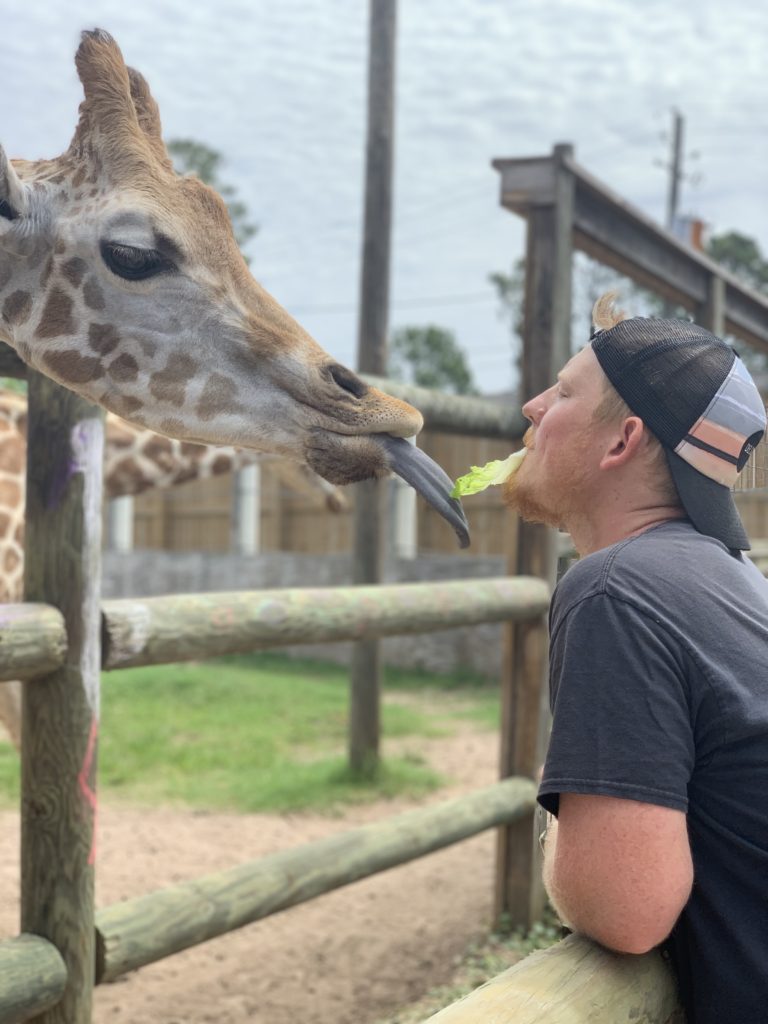 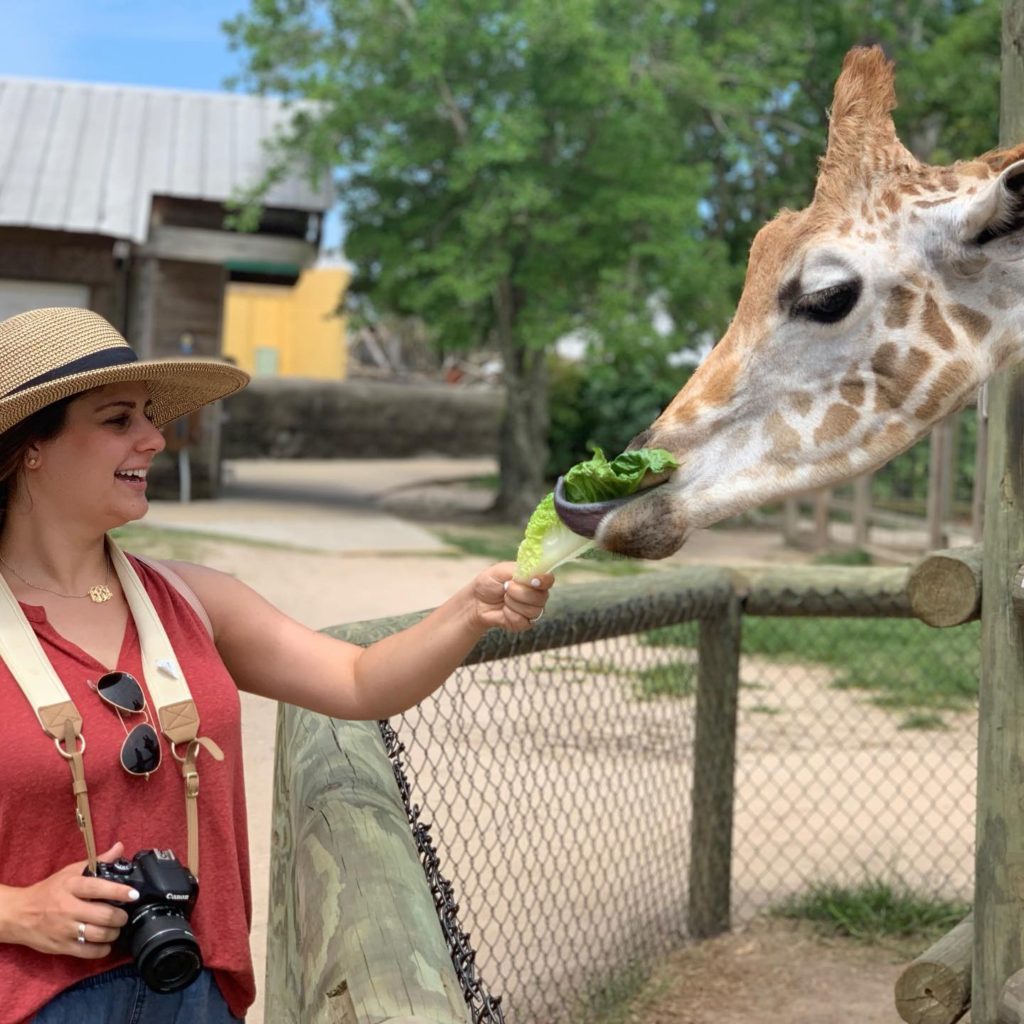 We also loved feeding the parakeets (Budgie’s) with the budgie sticks. Of course Jared being the baby and animal whisperer that we all know him to be, had the most luck with getting the birds to perch upon his hand and to get Carson involved. C was all smiles while feeding the birds with “Funcle” Jared!

I think we paid $10 extra for animal feed, 5 budgie sticks and tickets to feed the giraffes. In my opinion, it was worth the money to have those experiences. 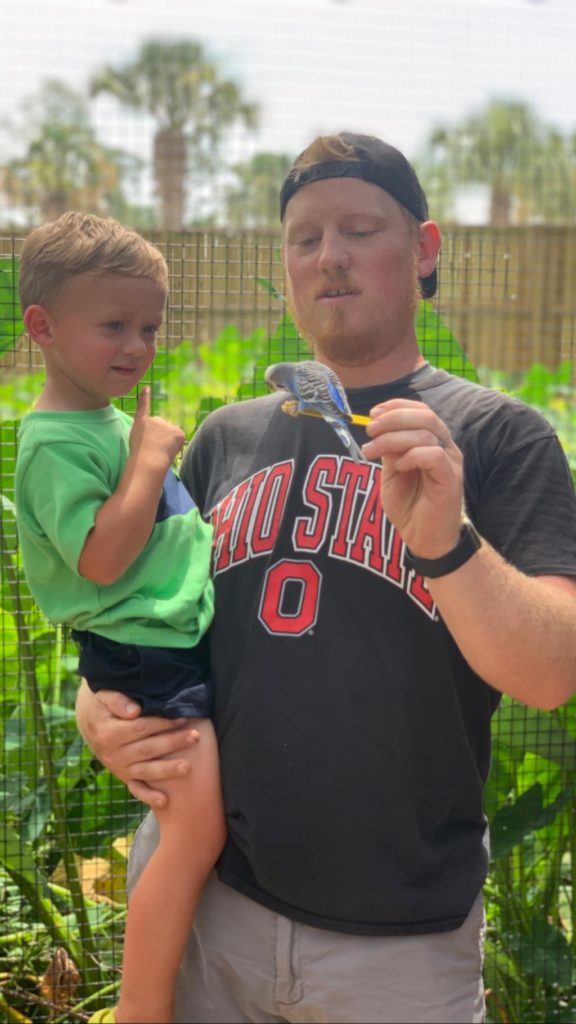 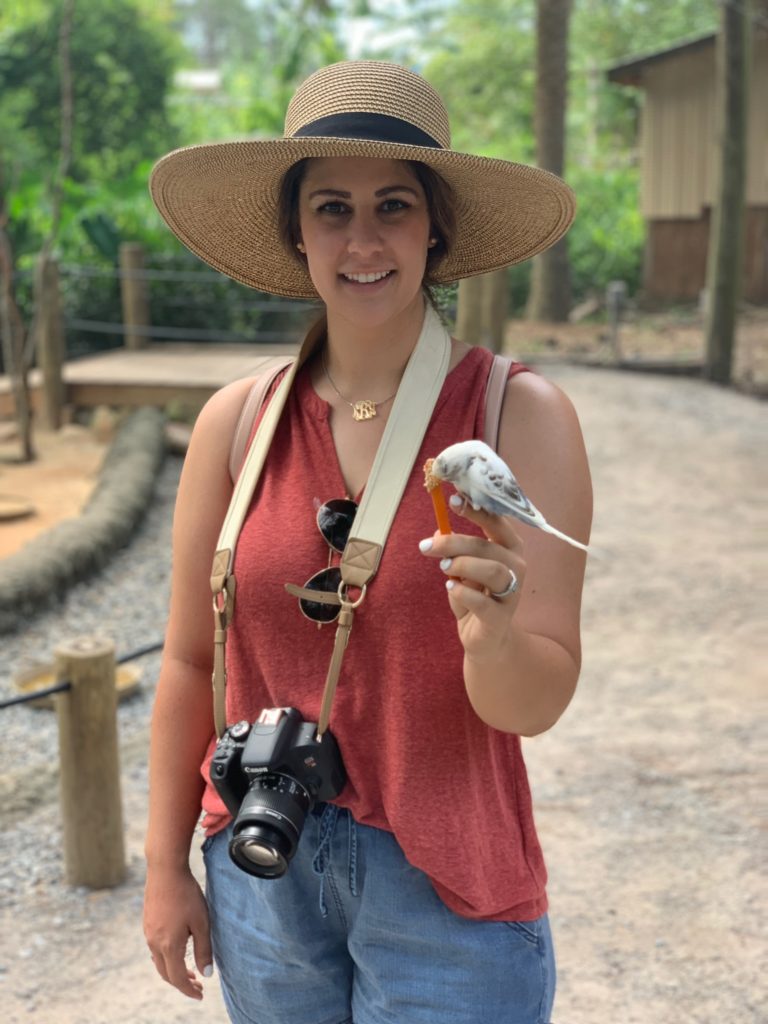 A memory that deserves honorable mention, is the Emu that took the hat right off of my sister’s head. So be careful around those guys! 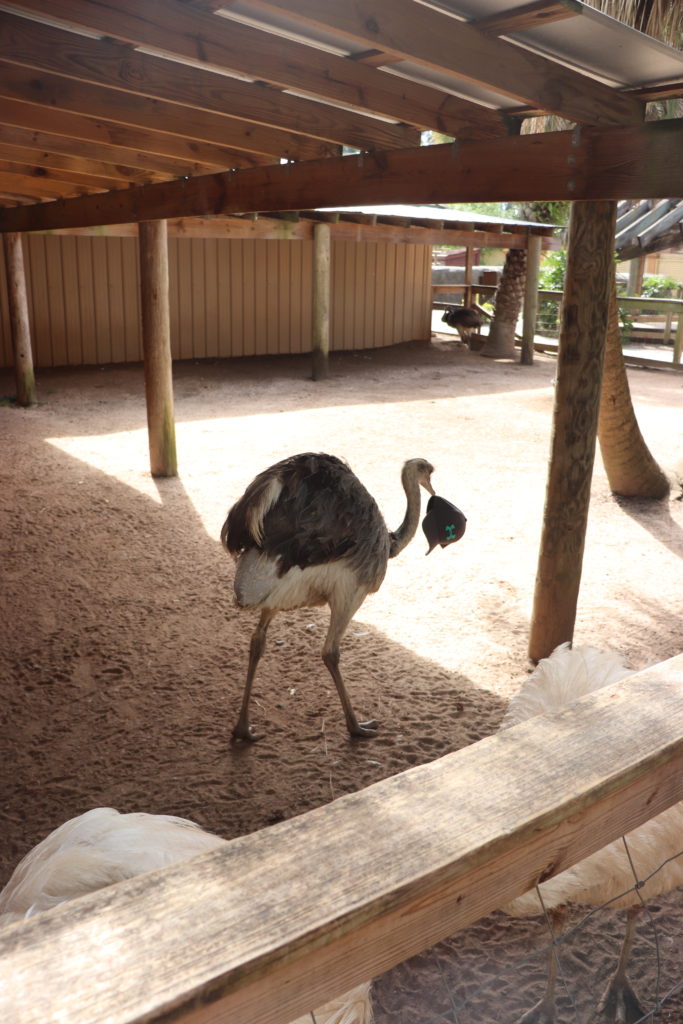 If you need a break from the beach or need something to do with the kids on an overcast day, I highly recommend checking out ZooWorld. I have to say though, there were too many alligators for my liking, but we were in Florida, so there’s that, haha!

I have mixed feelings about the beaches in PCB this time of year.  The water on the gulf is more beautiful than the Atlantic, but the beaches are extremely crowded! Before Jared and I arrived in PCB, my family went to St. Andrews State Park for the afternoon and raved about how beautiful and less crowded it was. Jared and I then took an afternoon trip ourselves and were blown away! To enter the park, you must pay an $8/car entry fee (totally worth it in my opinion). 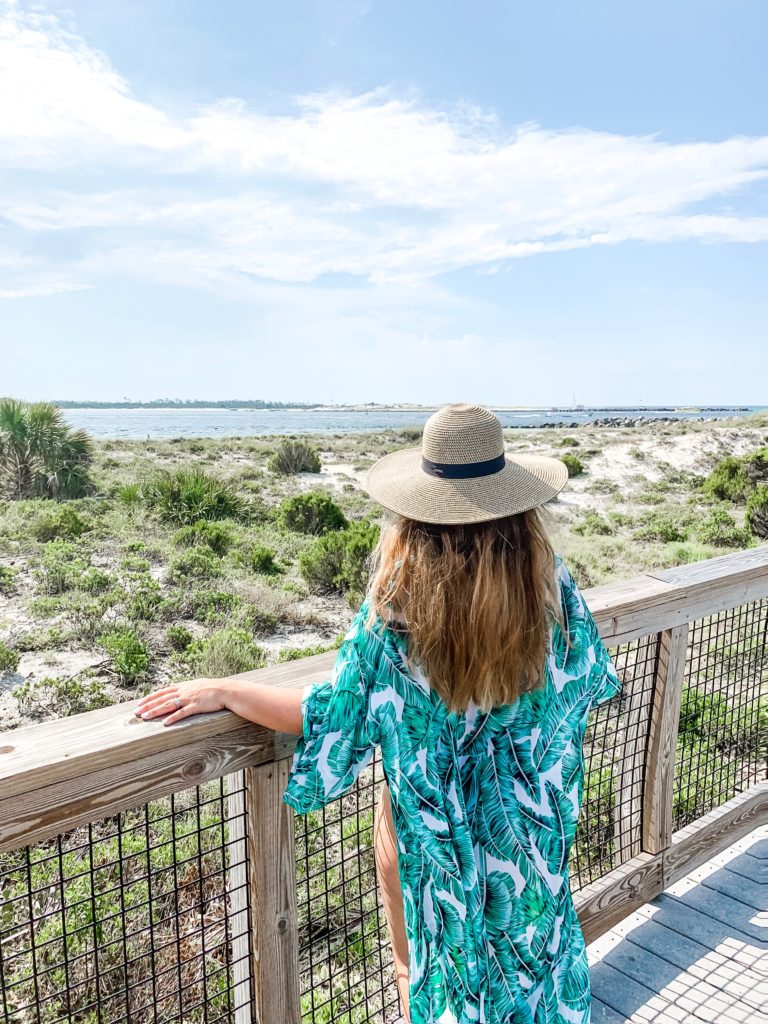 Once you are inside of the state park, you have access to the Jetty and a very calm beach. The water was clearer, bluer, calmer and the beach was not nearly as crowded. We enjoyed the jetty for a change of scenery and would 10/10 recommend taking a trip there for the day. Especially if the red flags are flying on the other beaches. I will say, you should get there early because the parking lot does fill up fast. 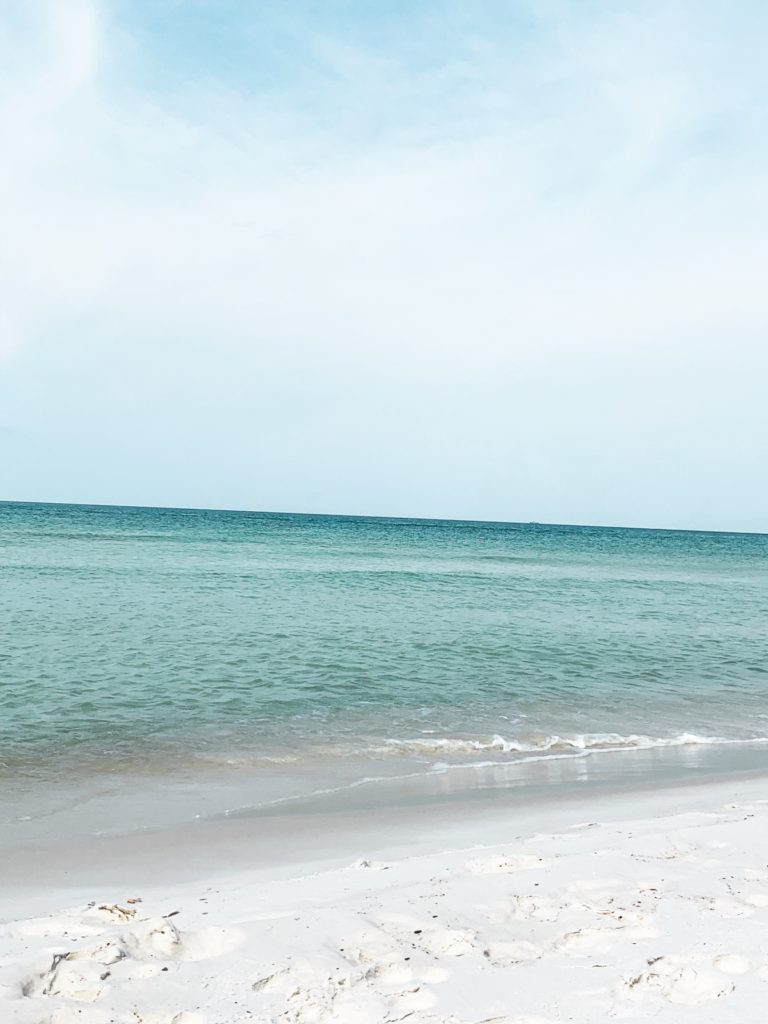 Overall, these were my favorite experiences and perhaps hidden gems of PCB (for tourists) that I wanted to share for others to enjoy. Have you been to any of these places before? I’d love to hear your experiences!