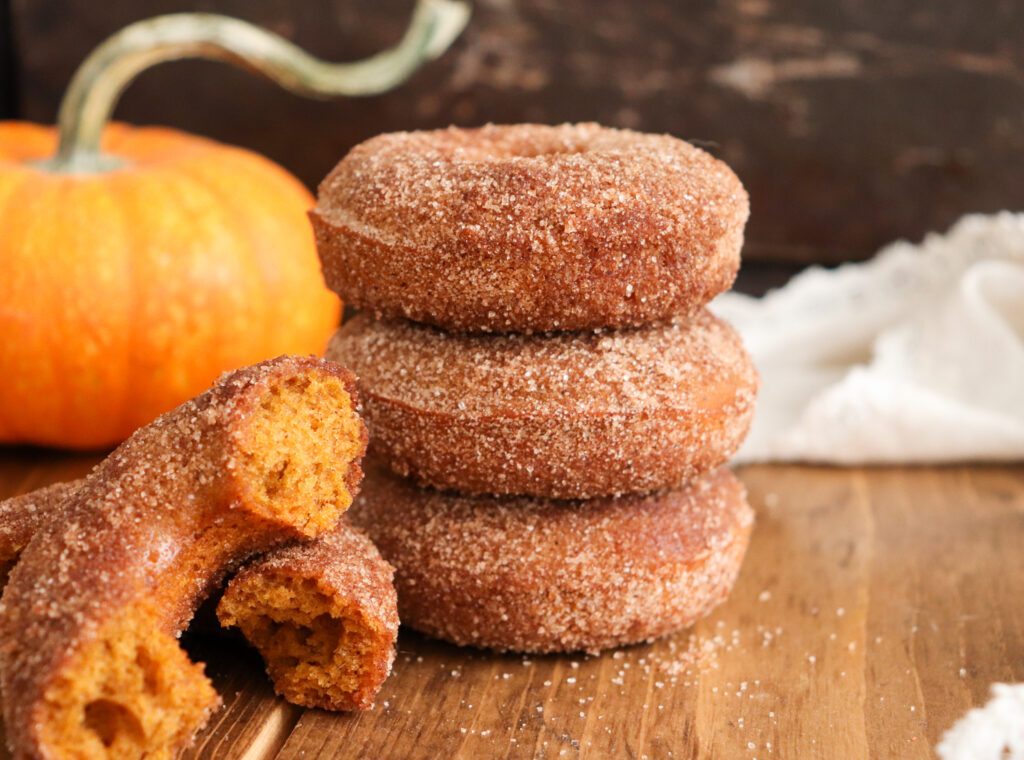 It’s not mystery that I love to make baked donuts! I have a lot of fun creating seasonal flavors and converting them into these delicious little circles. 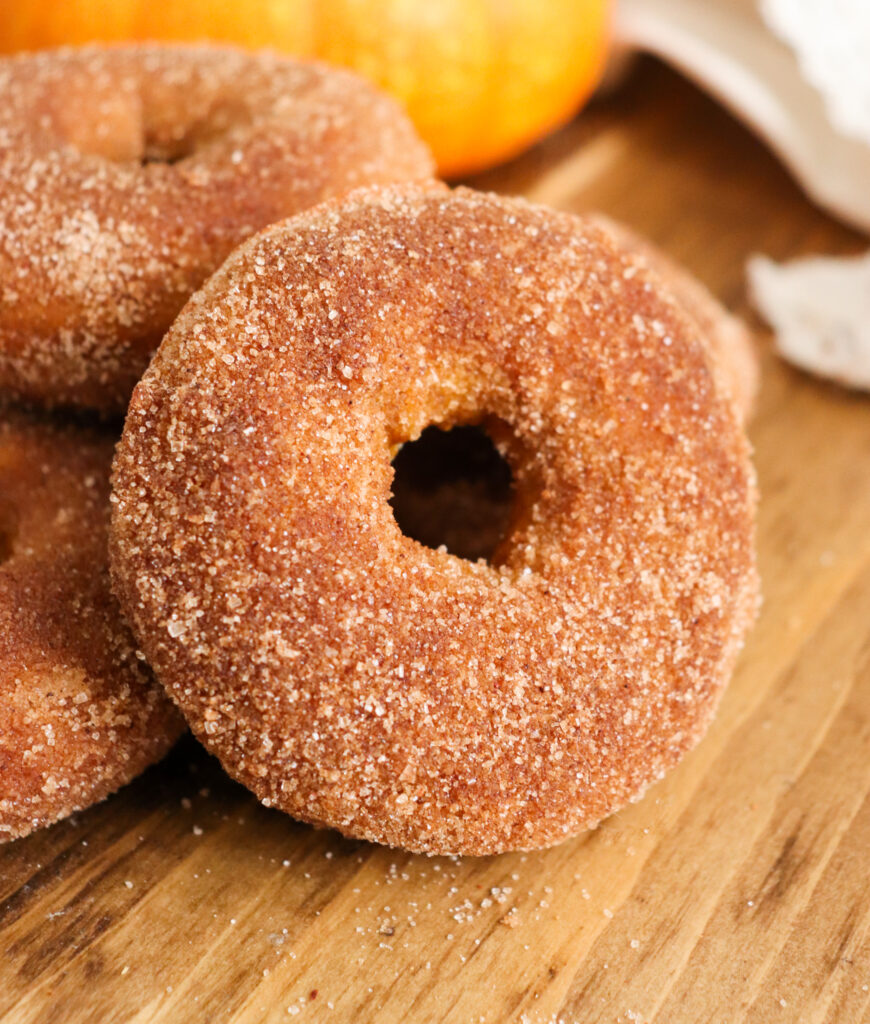 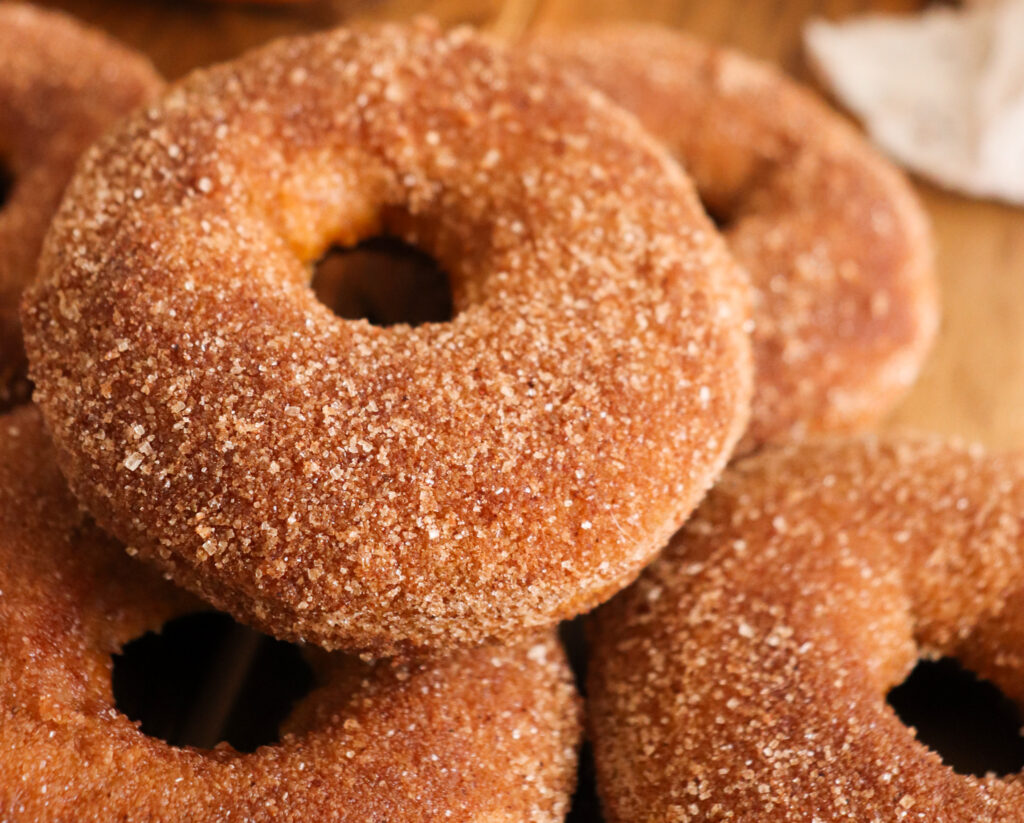 These Baked Cinnamon Pumpkin Donuts are packed full of fall flavor, super moist and can be enjoyed as breakfast or dessert. They are perfect for a crisp autumn day! 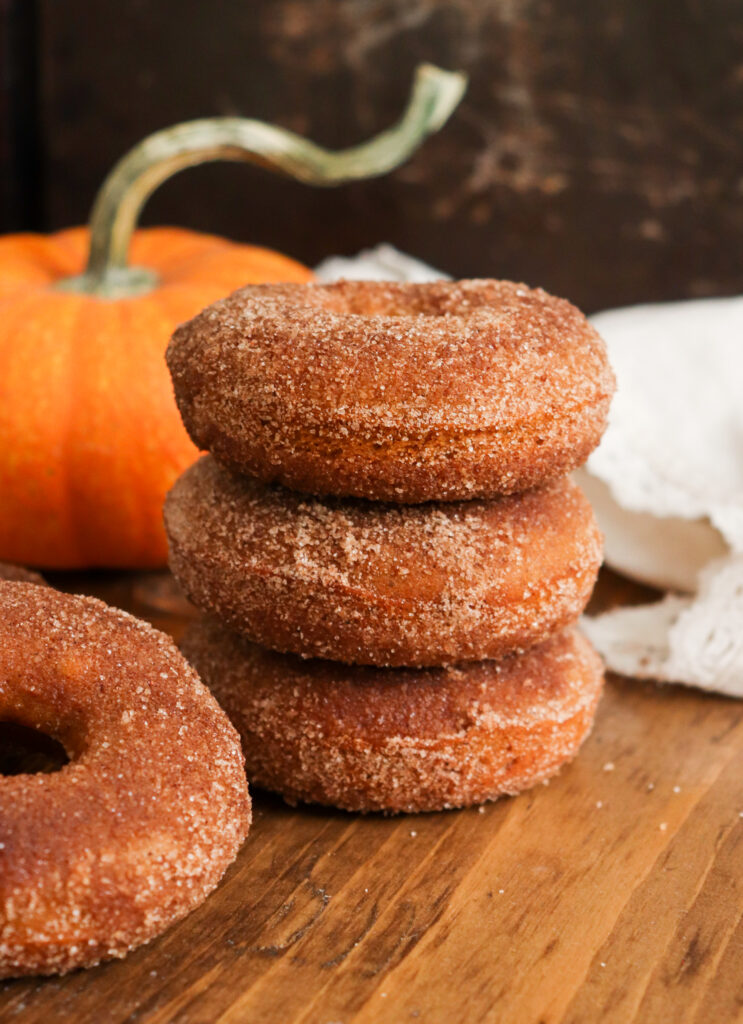